Can Cats Learn Their Names? 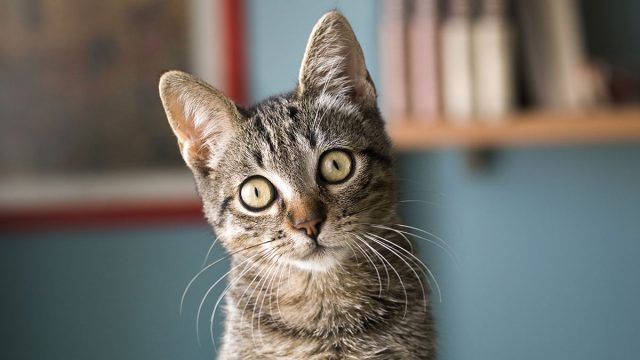 Whether cats can learn their names is among the most popular questions among feline enthusiasts, which isn’t surprising.

Every cat owner would like to believe their pet understands them. However, cats are notorious for ignoring being called.

Studies show cats recognize and remember their names. Furthermore, they can remember the names of humans and other felines. But the feline brain and hearing are very different from ours, so calling your cat’s name might not always work.

Learning why cats ignore being called and how to make a cat remember its name will improve your communication with your four-legged friend.

However, we cannot comprehend what each meow means. Perhaps, cats, too, give us names that we cannot understand. But that’s just a theory.

Like we can’t understand cat language, cats lack the cognitive skills to understand human language. Your cat won’t understand their name is cute and won’t get offended if you call it a dumb name.

The good news is that cats can recognize when we talk to them. They can read human emotions by assessing body language, tone of voice, and facial expression.

You can understand whether your cat recognizes when you talk to it by its reaction: if your cat turns its head when you call it and looks you in the eyes, it definitely knows you’re talking to it.

Some cats will even respond with meowing. The tricky question is whether cats can distinguish between sounds or react to any verbal stimulus.

Cats can learn commands, meaning they can detect the difference between words. Cats can associate words with objects or actions. Consequently, they can distinguish between their names and other words.

According to scientists, cats can learn up to 40 human words, including objects, actions, and names. Thus, your cat does not only know its name but might also know your name.

Some believe cats aren’t as clever as humans or dogs because of their limited vocabulary, but it isn’t true. Felines are very intelligent, but vocalizations aren’t as crucial for their survival as they are for humans or dogs.

It’s important to note that cats heavily rely on the tone of voice and body language to differentiate between human words. If you use a different voice when calling your cat, it might not respond.

Cats can also spot their owner’s voice among others, as Scientific American 2013 study shows. For this reason, your cat might not respond when called by house guests. It’s not like your cat isn’t hospitable, it just doesn’t recognize its name.

Another interesting observation is that cats rely on positive associations more than on actual sounds. If you typically call your cat to feed it, it’s more likely to remember the name than if you call it for no reason.

Do Cats Have Good Memory?

Cats might distinguish between sounds, but how well do they remember their names? This question might not be relevant if you call your cat its name daily. However, if your cat ran away and some time has passed, it’s a valid concern.

You can be sure your cat will remember you and its name even after years of separation because felines have excellent long-term memories. They can easily recall a person who fed or irritated them, as well as how their owner used to call them.

Yes, that means cats can hold a grudge for years. But it also means your cat will respond to you calling its name after weeks or months of search.

If you take in a kitten and use a different name from the one it had in its original household, it might not respond for a while because it has already learned to associate itself with a different sound.

Without a good memory, house cats wouldn’t be able to recognize their owners and could potentially attack them, leaving themselves without food or shelter.

Do Cats Know Each Other’s Names?

Researchers from Kyoto University studied felines who lived in areas with multiple cats, including domestic cats and those living in cat cafes where visitors constantly interact with animals.

The researchers showed each cat participating in the study a picture of a familiar feeling and played a recording with the cat’s actual name, then a completely different, unfamiliar name.

They found that house cats spent more time looking at the picture when the recording said the wrong name than when it said the correct name. Researchers hypothesized such behavior might result from confusion.

What’s more interesting, cats who lived with their family for longer showed more attention to the picture when the cat’s face and name were mismatched, suggesting felines get used to their peers.

If you have two cats, make an experiment. When they sit together relaxed, call one by name and note which one responds. If the correct cat responds to its name but the second one doesn’t, they know their names.

Why Does My Cat Ignore Its Name?

Cats can certainly remember their names. However, they don’t always respond, causing owners to wonder why cats ignore their names when called.

There are several reasons your cat ignores you calling its name. The most plausible explanation is that your cat hasn’t learned its name. See, cats need consistency when memorizing verbal cues.

If you call your cat’s name in a different tone and circumstances, your pet will struggle to draw associations between the sound and meaning.

Another possible explanation for your cat ignoring its name is that you typically use it in relation to something negative.

For instance, if you call your cat’s name when it pees outside the litter box or scratches furniture, it will learn to associate its name with punishment and ignore it to avoid negative consequences.

Your cat might also ignore you calling its name if it used to have a different name. Changing habits takes time for felines, so don’t rush things – your cat will get used to the new nickname eventually.

Cats often ignore unfamiliar people calling their names because they don’t recognize the tone of voice. If your cat ignores your friends calling it and only responds to you, it isn’t rude – it’s just a cat.

Being unresponsive might also be a part of your cat’s personality. Some cats are naturally alert, whereas others won’t respond to verbal cues unless necessary. If there is no imminent danger or reward, the cat won’t be bothered to turn its head.

Cats might ignore owners calling them deliberately when they want alone time or feel sick. Lastly, older cats often ignore their names because of hearing problems.

How to Teach a Cat Its Name

If your cat never responds to its name or you recently took it in, learn how to teach a cat its name for better communication with your furry friend. Start by choosing a simple name for your cat to recognize.

For instance, if you like the name Bellatrix Camembert, better shorten it to Bella. Or, if you prefer Sir William Fluffy McBottom, leave it for your cat’s registration papers and call it Willy or Fluffy at home.

A short name might not be as unusual, but cats struggle to remember long, complex words. Pick one short name and stick to it because new names confuse cats.

Now, you need to be consistent and only use the name in relation to something positive. Whenever you call your cat, offer it a reward. This way, your cat will learn to associate its name with positive outcomes and be more willing to respond.

It’s best to start teaching your cat when it’s still young – the earlier, the better. However, you can teach even an old cat its name with enough patience and dedication.

Recommended Articles
Should Each Cat Have Their Own Bed?
Hello, I'm Sarah