Can Cats Climb Down Trees? 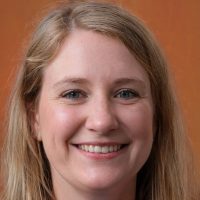 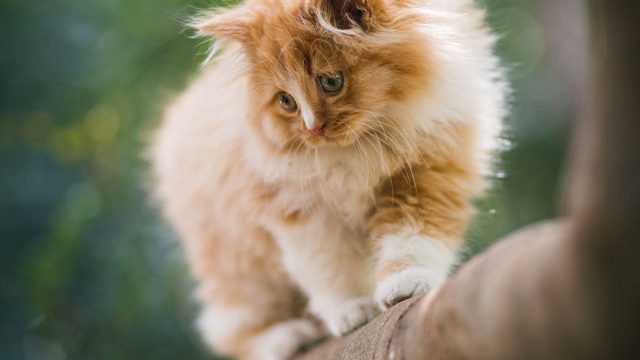 Considering how often cats need to be rescued from elevations, many people are confused about whether cats can climb down trees on their own.

Perhaps not. The feline anatomy and lack of need to learn the skill prevent most house cats from descending trees without human help.

Climbing up while being unable to get down doesn’t make sense to humans, but cats aren’t as reasonable and are primarily guided by instincts.

For this reason, every owner allowing their pet to wander outside must know what to do if a cat is stuck in a tree.

Why Do Cats Get Stuck on Trees?

To determine whether cats can climb down, we must first understand why cats get stuck on trees. The curved shape of cat claws enables them to easily climb up trees, sturdily attaching to the tree stump.

Furthermore, feline back legs are stronger than front legs, so when a cat climbs up a tree, it primarily keeps its weight on the back legs and uses the front legs to pull up the body. In other words, cats are built for climbing up.

Unfortunately, the same physiological traits make climbing don trees challenging for cats. To climb down, a cat would have to coordinate the movements of all four legs and keep most of its weight using the front legs.

Imagine a mountaineering ice ax. Its curve enables you to climb only in one direction, so you wouldn’t use the same equipment to climb down a mountain. Cat’s claws are, in a way, similar to an ice ax.

Mother cats teach their kittens numerous things, but tree climbing isn’t one of them. Most of the time, cats simply don’t need to climb trees, and house cats may have never seen a tree.

However, instincts are strong even in house cats. When cats sense danger or see a bird, they may forget about their physical limitations and fearlessly run up a tree. Usually, cats don’t climb too high, but sometimes, they get too far.

Stray cats are more likely to get off a tree because they have some experience. However, house cats who see a tree for the first time in their lives are likely to be highly stressed out.

A stressed cat can’t coordinate its movements, so cats often remain on the tree until help arrives. Instincts typically help cats when they’re distressed, but felines simply don’t have the instinct to climb trees as bears or squirrels do.

Think of what your cat does when it climbs up a cat tree or couch. Does it climb down, or does it jump? Perhaps, every cat owner would answer with the latter.

Sometimes, cats can get stuck at elevations even at home if they didn’t adequately evaluate their jumping ability before climbing there. Perhaps, you had to take your cat down from the wardrobe or kitchen cabinet at least once.

Indoor cats with trimmed claws have greater odds of getting stuck on a tree because they can’t effectively support their weight. On the other hand, they are also less likely to climb high.

How Cats Climb Down Trees?

The fact that cats can rarely get down trees on their own doesn’t yet mean that it’s impossible. Climbing down trees is a learned behavior in cats. They have physical limitations but can learn to use their body smartly if necessary.

If a cat tries to climb down head-first, it won’t be able to grip the surface and will slide down. The only way for a cat to climb down a tree on its own is to use the claws as intended, i.e., climb back legs first.

The problem is that the technique isn’t apparent to cats because they aren’t as bright as people.

One would argue that cats are among the most intelligent animals, and it’s partially true, but they aren’t great at solving complex challenges.

To teach a cat to climb down trees, you would either have to show it how to do it (with unguaranteed success) or let it get stuck on a tree multiple times and figure it out itself. The latter option is more effective.

After trying out different climbing techniques, most cats will understand that they have to move the back legs first, then the front legs. In most cases, however, cats will simply jump down a tree.

Why Do Cats Climb Trees If They Can’t Get Down?

Why cats climb trees if they can’t get down would be a logical question. Felines primarily climb trees because of their predatory and defensive instincts rather than curiosity or as an exercise.

Since cats are tiny compared to humans and many animals, they have a smaller scope of vision, and trees enable them to better view the surroundings when hunting.

Of course, cats also climb trees hunting for upper branch inhabitants, such as squirrels and birds. Often, cats hunting for a bird are too excited and can’t evaluate their physical abilities critically.

A bird can fly away, and a squirrel can climb significantly faster than its pursuer, but the cat will likely get stuck on a high branch.

In nature, wild cats climb trees to disguise their presence from the prey until it gets too close, then attack. Resting among tree branches also helps feral cats to hide from other predators.

Perhaps, one of the most common reasons cats climb trees is to run away from an angry dog or another threat.

Cats are small and vulnerable to attacks from other animals, and house cats who have never been outside can be terrified even by a loud sound.

Unfortunately, cats don’t know that they don’t have to climb too high when running away from a dog because canine climbing skills are even worse than those of felines. A scared cat can climb way higher than it can jump and get stuck.

Lastly, some cats climb trees to improve their physical state and climbing abilities.

To answer why cats climb trees so high they can’t get down – a feline guided by predatory or defensive instinct is overwhelmed by said instinct.

A cat running away from a dog or hunting for a bird only sees the goal, a high branch, and doesn’t think about the consequences. Cat simply can’t plan for multiple steps ahead like humans do.

How To Get a Cat Down From a Tree

Cats getting stuck on a tree is pretty common. But do cats really need to be rescued from trees? Who to call when a cat is stuck in a tree?

And how to tell if a cat is stuck on a tree or just resting and will get down when it wants to? To answer the first question, yes, cats need to be rescued from trees if they get higher than they can jump.

Cats can jump about five feet high, but there’s no clear answer to how far down can cats jump safely. Some cats survive after falling from the fifth story, but fear prevents most cats from jumping from heights exceeding ten feet.

Sometimes, the need for help is obvious, such as when a cat is stuck in a tree overnight and continuously meowing. However, it’s best to get a cat off a tree earlier to prevent dehydration and distress.

A 911 operator may advise the caller on whom to contact, but they won’t send a brigade to help a cat. Instead, the owner should call an arborist, utility company, or animal rescue service.

The only scenario when calling 911 is acceptable is when a can gets stuck near an electrical transformer or power line and may damage it.

However, the owner or other empathetic people can often get a cat off the tree without the help of animal rescuers or arborists. A long ladder placed on the tree trunk and some scented food or laser pointer will help to lure the cat down.

Can Wild Cats Climb Down Trees?

House cats rarely climb trees and don’t have the experience necessary to get down. But can wild cats climb down trees? The answer depends on the species, but some feral cats can descend trees head-first.

For example, Margay cats from the leopard family can rotate their ankles 180 degrees and have extra-large paw pads that allow them to get off trees. Marbled cats and cloud leopards also share this ability.

Fortunately, large wild cats can jump significantly farther down than house cats, and trees in their natural habitat typically aren’t as high as in the U.S.

Recommended Articles
How To Stop Cat From Jumping On Table?How To Use Catnip (The Right Way)?
Hello, I'm Sarah